These photos and video were taken by Dave Gallan at the koala community day gathering at the Murrah Hall on Saturday 4th of June. This was initiated by the NSWLLS and Far South Coast Landcare Association, mainly to report on the results of the passive acoustic survey that was undertaken on properties in the Biamanga/Murrah/Gulaga landscape, as well as other parts of the region. All koalas in the recordings are local to the area.

More than 70 people attended the meeting, that generated a deep sense of positive energy to support the range of initiatives trying to support the conservation of koalas in the landscape. 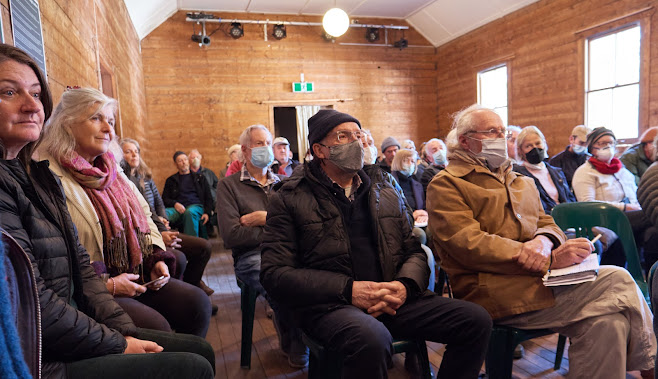 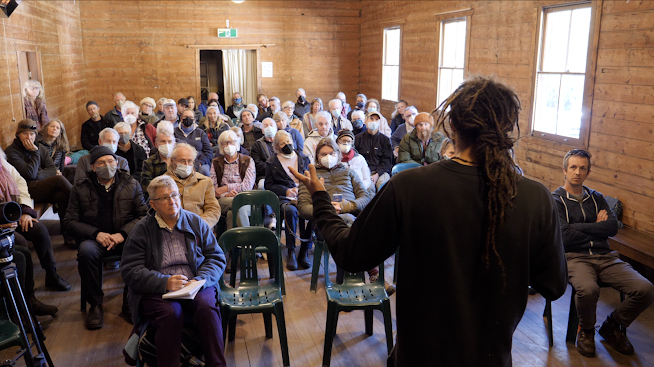 Koalas are widely dispersed and difficult to see from the ground, so one of the methods used to survey koalas is to search through forest litter for koala scats (or droppings) under the trees they have occupied. This video overviews the gathering of data from the trees surveyed in survey areas in South East NSW and the Strzelecki Ranges in Victoria, including the Far South Coast of NSW, and celebrates the milestone of the 100,000th tree being recorded.

Chris Allen and Ian Campbell talk about the survival of Bega Valley koalas in 2017.